The Ultimate Trip: A Grandmother and Grandson’s Journey to Visit Every National Park 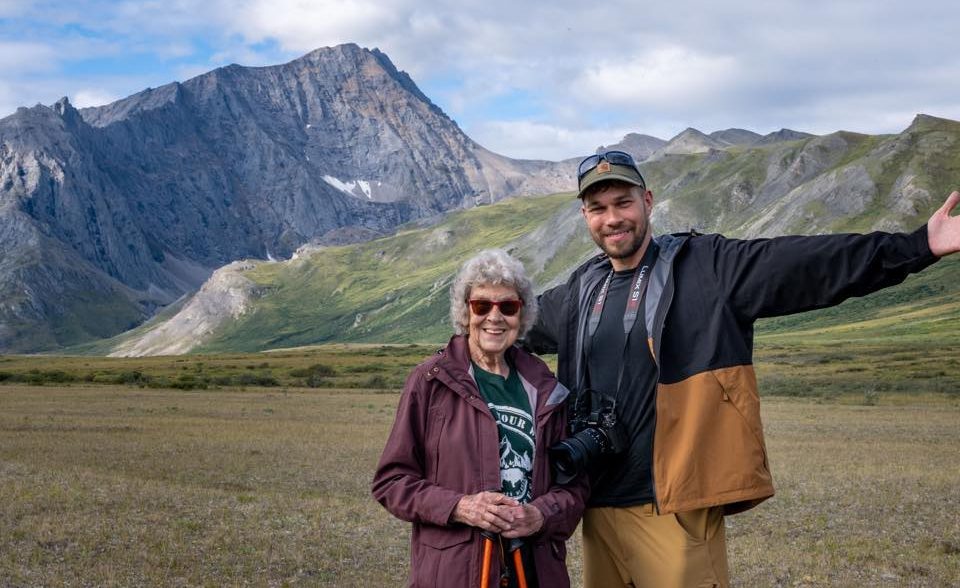 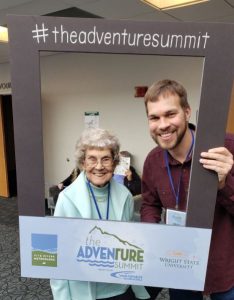 The viral story of Grandma Joy’s Road Trip has been seen by millions of people around the world. After learning that his octogenarian grandmother had never seen a mountain, he invited her join him for a weekend getaway to the Great Smoky Mountains National Park in September 2015. At age 85, Grandma Joy slept in a tent for the first time in her life and exceeded Brad’s expectations when she not only saw her first mountain, but climbed her first mountain.

This intergenerational duo from Ohio has since visited 62 of 63 National Parks with plans to complete their quest this year on the heels of their epic Alaska adventure in 2021.

A former Appalachian Trail thru-hiker and ardent mountain climber, Brad Ryan’s relationship to the great outdoors was always defined by crushing miles and bagging as many peaks in the shortest amount of time possible. All of that changed when he got behind the wheel to explore America’s most iconic landscapes with Grandma Joy. Walking at a slower pace and experiencing life through the eyes of a woman seeing the best of America for the first and last time. Don’t miss this heartwarming story of adventure, spontaneity, and following your dreams.

Brad Ryan is a wildlife veterinarian and avid outdoorsman from southeastern Ohio. He previously thru-hiked the Appalachian Trail and has climbed mountains all over the world including Mt. Kilimanjaro in Tanzania. He most recently worked for the Smithsonian Global Health Program at the National Zoo in Washington, DC, and has worked on several wildlife conservation projects in Namibia, Malawi, and Thailand.

Joy Ryan, 92, was born in the country in Duncan Falls, Ohio. At 85 she had been sitting in her house, widowed for 20 years and had lost 2 of her sons in their 40’s. She retired when she was nearly 80 and regretted never experiencing more of life. She saw her first mountain at 85 years old. Joy has always had a very positive attitude, and is grateful for everyday no matter what it brings.

Millions of people around the world discovered Brad’s mission to visit every US National Park with his Grandma Joy when their story went viral in August 2019. has been featured on the Rachel Ray Show, Today Show, CBS This Morning, ABC World New Tonight with David Muir, NPR, BBC, CNN, People, Access Hollywood, Inside Edition, Outside Magazine, the Mother Nature Network, among others.