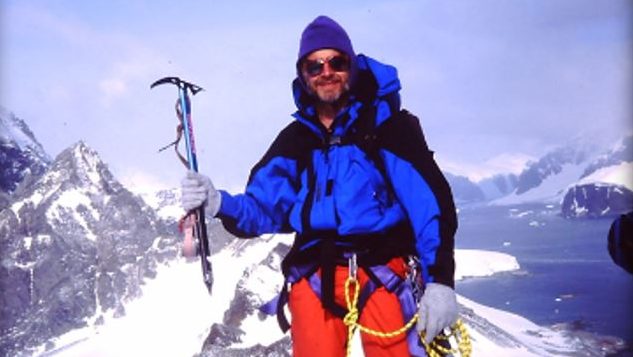 A mountain climbing expedition was formed by a commercial venture to travel to Antarctica with the goal of making the first recorded summits of 2 peaks.  The presentation highlights the challenges associated with scouting out and climbing the snow covered peaks as well as showcasing the beauty of Antarctica and the abundant wild life near the climbing sites.

Bud is a retired aerospace engineer with a career in rocket engine design for the Saturn V Apollo rocket at NASA and jet engine design at General Electric Aircraft Engines.  He is private pilot specializing in aerobatic flight.  His passion outside of the aerospace world has been outdoor adventure.  His climbing adventures include summiting mountains in the US, Japan, Africa, Antarctica and Nepal.  He has a number of dog sledding adventures in the US, Canada and Northern Europe.  He participated in the 100th anniversary re-creation of Shackelton’s trek across South Georgia Island.