What is The Adventure Summit?

The Adventure Summit is a joint production of Five Rivers MetroParks and Wright State University. 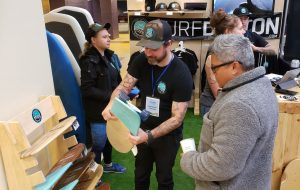 The Adventure Summit is an event celebrating the spirit of outdoor adventure by showcasing the vibrant lifestyle and culture of human powered endeavors through inspiration, education, and experience. 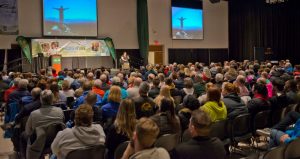 the Outdoor Adventure Capital of the Midwest. The event is free and open to outdoor enthusiasts of all ages and interest levels.

The Adventure Summit will serve the adventure 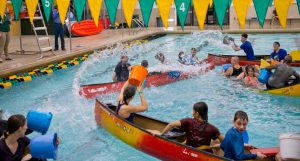 market from skill clinics and hands-on trainings from some of the world’s leading experts to showcasing local places to play and locals who have played around the world.  The Adventure Summit is committed to providing something for everyone from the armchair adventurer to the hard core enthusiast. 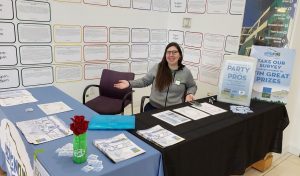 On behalf of Five Rivers MetroParks and Wright State University we would like to thank all who support The Adventure Summit. Our volunteers, media partners and event sponsors are crucial to the continued success of The Adventure Summit. We hope to see you on a return visit to Dayton, Ohio; The Outdoor Adventure Capital of the Midwest!

The Evolution of The Adventure Summit

2011 marked the debut of The Adventure Speaker Series featuring adventure presentations throughout the winter. 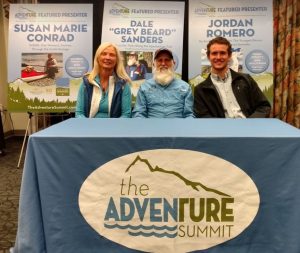 The Adventure Summit weekend format rotates every other year with even more excitement which includes an expo, competitions, pool, climbing, and fitness programming, and of course dozens of local adventurers and featured personality’s inspiring new audiences.

Something New Every Year 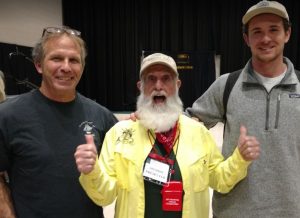 Five Rivers MetroParks focuses on three areas – conservation, recreation and education – as part of its role as steward of Greater Dayton’s public lands. Established in 1963 through the efforts of forward-thinking citizens concerned about preserving green space and natural areas, Five Rivers MetroParks has grown to a nationally renowned park system composed of natural area parks, gardens, sensitive river corridors, urban parks, and a network of recreation trails.  Educational programs and recreational opportunities are offered year-round for all ages. And, diverse natural habitats are being protected and cared for today to assure their existence in the future.  The Outdoor Recreation Team is committed to creating access through innovative outdoor recreation programming, events and facilities such as MoMBA, the Twin Valley Backpacking Trail, Mad River Run and RiverScape River Run Whitewater Features, and new camping opportunities.

To learn more about the WSU Outdoor Resource Center, visit www.wright.edu/crec and navigate to the outdoor rec program information.