Are you ready for an adventure? MetroParks has teamed up with the awesome folks who create Decoding Dayton for a look at the past, present and future of your MetroParks, and the role access to nature has played in the Dayton region’s development. From traveling the trails to searching for wildlife, join us to discover all the elements that make Dayton the outdoor adventure capital of the Midwest.

The seven episodes of Decoding Nature will play on a 90 minute loop in the Recreation Commons near the Climbing Wall in the Lower Atrium of the Student Union.  Theatre style seating is available, pop in and out as desired.

“For nearly 60 years, MetroParks has been part of the community,” said Shelli DiFranco, director of marketing and public engagement. “Decoding Nature will tell the story of how Five Rivers MetroParks came to protect the region’s natural heritage, provide outdoor experiences that inspire a personal connection with nature, conserve more than 16,000 acres of land and welcome nearly four million visitors a year.”

Decoding Nature features current and former MetroParks employees, as well as community leaders. The series will shine a light on a variety of topics, including how the Great Dayton Flood of 1913 helped preserve open space that led to the creation of many of today’s MetroParks.

“Decoding Nature follows in the vein of another online series I’ve been co-hosting for four years with John Gower called Decoding Dayton that focused on buildings, rooftops and tunnels,” said Jason Antonick, host of Decoding Nature. “Just like Decoding Dayton, there is an opportunity to dig deeper and learn unknown stories. It’s so much more than birds, trees and trails. The MetroParks are an incredible asset to our region, and this show will bring all of that to light.”

Episodes are 12-18 minutes long and free to watch at nearutv.com/decoding-nature.  The seven-episode series can be streamed online via local streaming service Nearu TV. 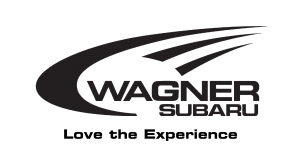