The 60-somethings Key to Success on the Appalachian Trail 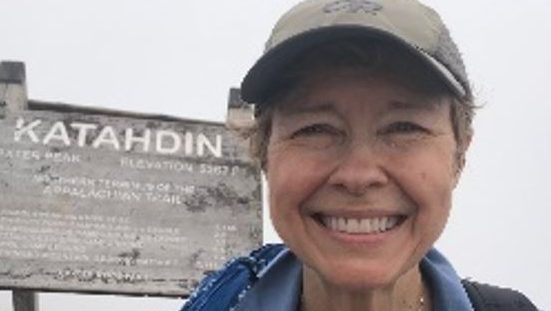 Ruth Morley presents This 60-something’s Keys to Success on the Appalachian Trail;

How would “Ruthless,” now in her mid- to late-60’s, with a specialized diet, back issues and a tendency to get fractures and tendonitis, manage to successfully cover the full distance of the Appalachian Trail? Through meticulous planning and preparation. Logistical planning included researching the trail and planning an itinerary with comfortable daily mileage and frequent rest (“zero”) days. Months were spent planning, dehydrating and storing all trail foods. Physical training began half a year in advance, both on the trail. and at the gym. Lightweight gear, to help the back, was researched and much of it sewn by Ruth. And once on the trail, when it became obvious that, due to unforseen injuries, this trek would span more than one calendar year, perseverance was called into action. Spoiler alert: this story has a happy ending, but please join us to hear how planning and preparation played such key roles in the plot.

“Ruthless” Morley began her love of long distances in the great outdoors in her 40’s, eventually successfully running 52 marathons and ultramarathons, competing 6 triathlons, and cycling across the US down the west coast and across the Southern Tier. Living in France at the foot of the Alps for six years, the mountains called and she had to answer by following her heart down the GR5. This 1500 mile trail runs through five countries from the North Sea to the Mediterranean, with the final third traversing the magnificent Alps. Upon moving back to the U.S., the Appalachian Trail became the next obsession. It too called, and she yet again answered, although that reply took more summers than initially planned. Planning, preparation and perseverance were her keys to success, as they had been in all her previous
excursions.