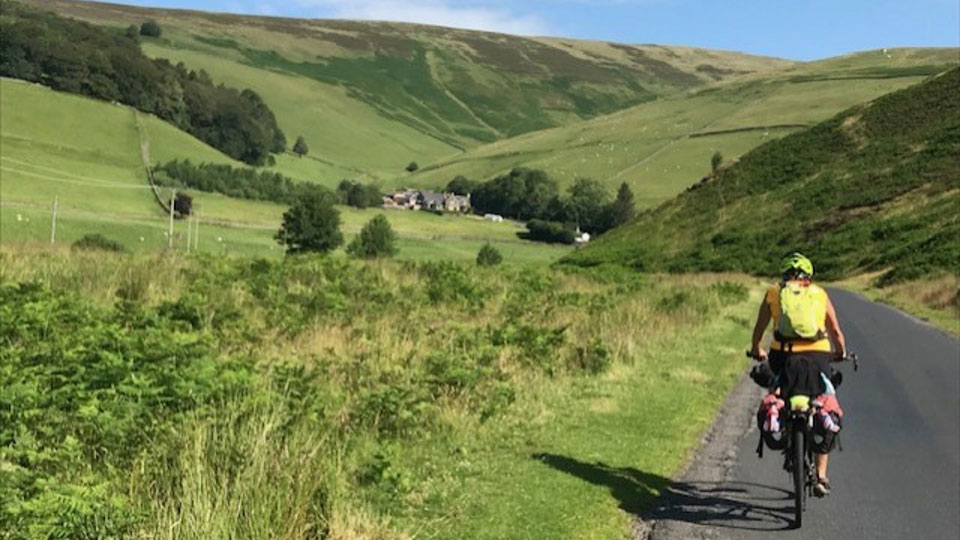 Tracy Burge has dreamed of long trails since childhood after reading about a kid who rode his bike across the country. After years of adventures and misadventures, Burge saw her upcoming retirement as an opportunity of a lifetime. She began searching for the “longest bike trip in the world” and found the North Sea Cycle Route. The North Sea Cycle Route is a tour of the countries that border the North Sea. It took a lot of planning and training, but Burge fulfilled her dream in 2019, cycling 3,500 miles over three months and traveling through 14 countries.

Speaker bio: Burge would sit in her sixth grade class and stare out the window. She wanted out. Her first idea was to follow the electric lines across the United States. The big ones, as it was the only trail she knew. Later, she read in a Student Scholastic magazine about a child who rode his bike across the country with his parent and she was off!